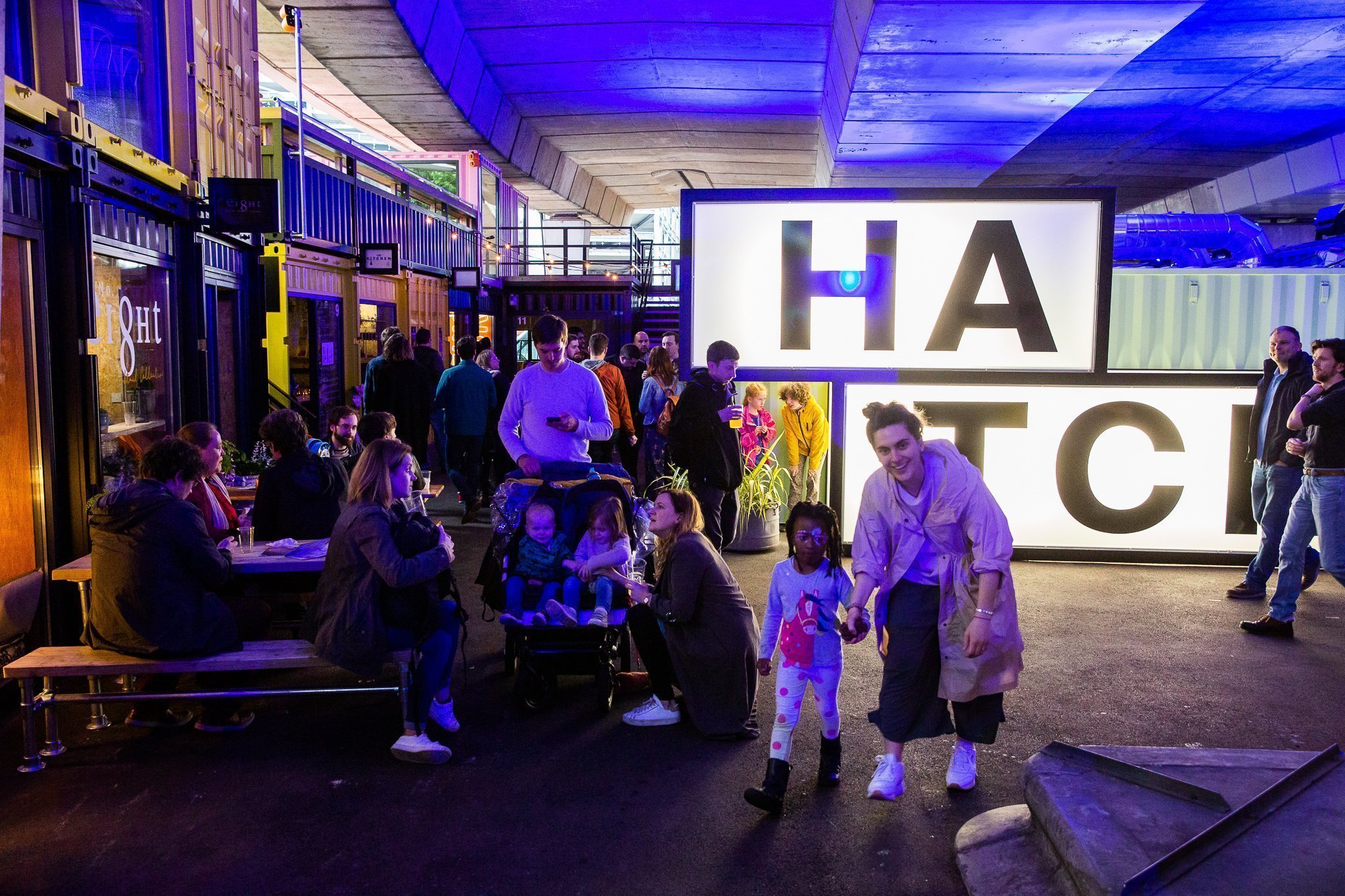 We’re super excited to announce that we’re only one week away from a very special summer party to celebrate our expansion and the arrival of all our fabulous new places to eat, drink and shop!

On Wednesday 3rd July you’re invited to experience our newly expanded line-up of shop, food and drink venues with an evening of free music live music. There’ll be an exclusive performance by Mike Garry and the Cassia String Quartet debuting a brand-new poem, dedicated to the Oxford Road Corridor. Mike will be performing a beautiful new poem with the quartet alongside other poems from his collection on the brand-new live music stage along with Ren Harvieu, kicking off a series of summer of events at Hatch.

One of the North’s most powerful poetic voices, Mike Garry has worked with artists from John Cooper Clarke to Iggy Pop and it was his collaboration with the Cassia String Quartet which earned him a number one single in the UK charts with their ‘Ode To Saint Anthony’.

Mike’s iconic poem  – a tribute to Anthony Wilson  – has become a beloved eulogy to one of Manchester’s most important musical figures, and as part of a collaboration with the Cassia String Quartet, composer Joe Duddell and a host of famous faces, topped the UK singles chart raising money for The Christie Hospital. The Cassia String Quartet are a young, passionate, talented, classically trained, award-winning group of musicians from the Royal Northern College of Music in Manchester.

Also on the bill is Salford born singer/songwriter Ren Harvieu. Ren is a hugely popular, enigmatic singer songwriter from Salford who has recently completed her second studio album. Due for release in 2019 with an acerbic humour that runs throughout, the new record has been produced by Romeo Stodart of the Magic Numbers and Dave Izumi Lyncy. Ren has performed with an array of artists including Tom Jones, US rapper Nas, and with the BBC Philharmonic Orchestra.

Jeff O’Toole, a regular DJ on Manchester’s nightlife scene, will also be bringing the vibes with a set before and after the live music performances.

There’s no need to buy a ticket as the event is totally free – music, shopping, food and drink lovers are invited to come to Hatch, enjoy the entertainment and experience the new spaces and line-up. Find out more here.