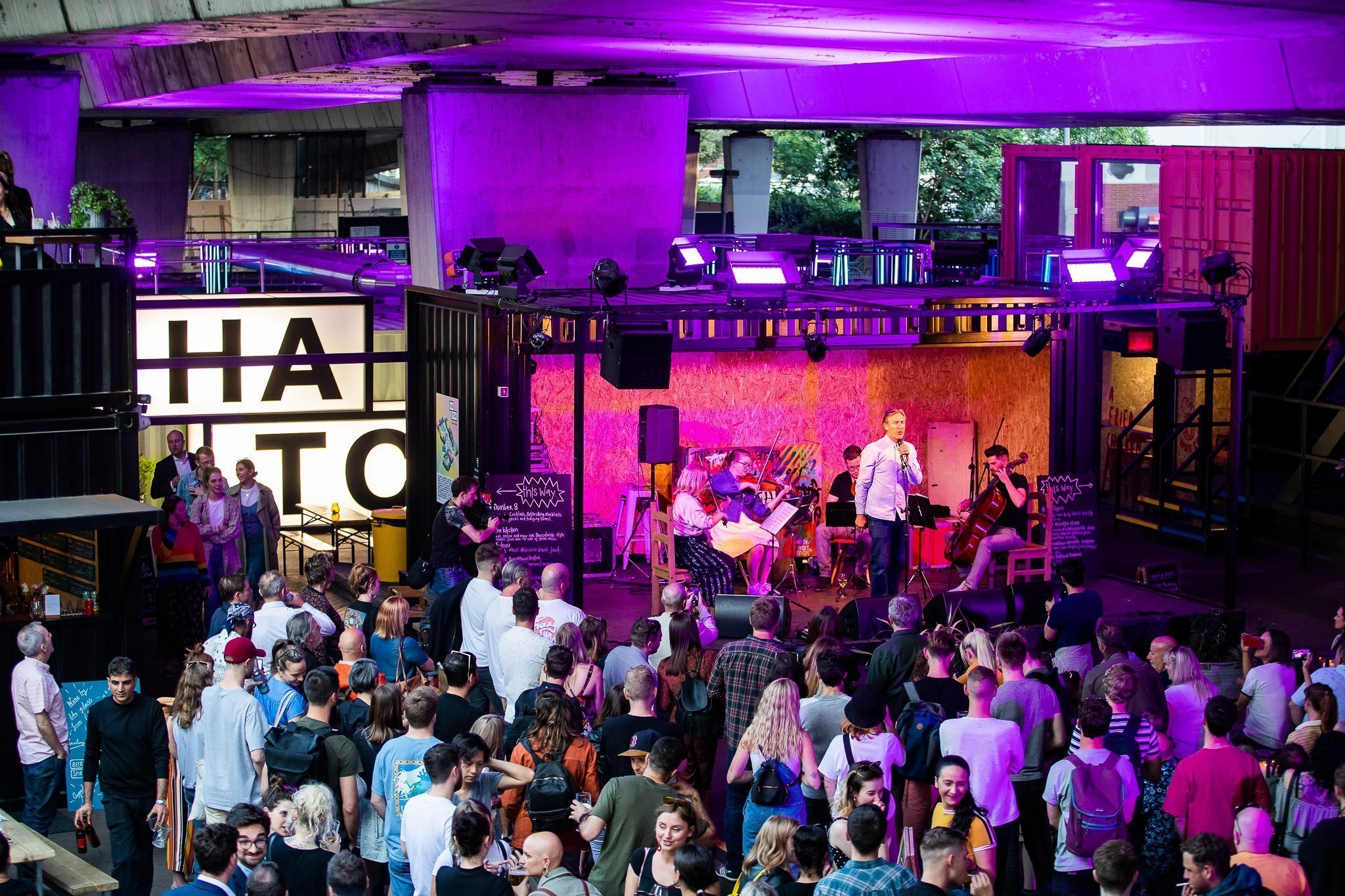 To welcome the expansion of Hatch, Bruntwood commissioned one of the North’s most powerful poetic voices, Mike Garry, to pen a poem about the Oxford Road Corridor.

Mike first performed ‘Making Shapes’ at Hatch’s summer party in July, which celebrated the venue’s expansion, welcoming over 15 new retailers. He was joined on stage by The Cassia String Quartet, a young, classically trained and award-winning group of musicians from the Royal Northern College of Music in Manchester.

Mike Garry said:” When Bruntwood approached me to create a poem about this area, I thought this is my roots and it’s had a huge influence on me. Then I thought it’s not just me – it’s the whole world.

“This is the place where the atom was split and Alan Turing invented the first computer. It’s inspiring, we’re walking in the footsteps of giants; from industry, theatre and academia. I wanted my poem to inspire people to go on and be great.”

The poem will soon be on display at Hatch for all to see. Keep your eyes on our socials to be the first to find out when!